Forensic ScienceÂ (often shortened to forensics) is the application of a broad spectrum of sciences to answer questions of interest to a legal system which may relate to a crime or a civil suit. Serology, Psychology, Entomology, Toxicology, Odontology, Biology, Chemistry, and Biology are just a few examples of sciences used in forensics today. 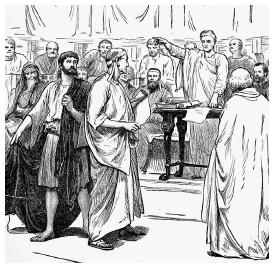 The word forensic stems from the Latin word forÄ“nsis, meaning “of or before the forum”. Back in the day of the Romans, when a person was accused of a criminal offense a case was presented to a group of public individuals called the forum. Today, the term forensics is used as a synonym for “legal” or “related to the courts”. Forensics are legal evidence presented to the courts as a category of public presentation.

In a typical criminal investigation, crime scene investigators, sometimes known as Crime Scene Investigators (CSI), will gather physical evidence from the scene of the crime, victim and/or suspect. Forensic scientists then examine the materials collected to provide scientific evidence to assist in the police investigation and court proceedings. As such, they often work very closely with the police.

If a death occurs, forensics can be used to determine when, where, and how a person died. If it was not a natural death, forensics can also prove if another individual was responsible for causing that death, and what weapon was used in the crime.