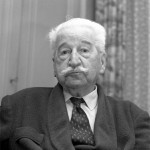 Locard’s exchange principle is a concept that was developed by Dr. Edmond Locard (1877-1966).Â  Locard speculated that every time you make contact with another person, place, or thing, it results in an exchange of physical materials. He believed that no matter where aÂ criminal goes or what a criminal does, by coming into contact with things, a criminal can leave all sorts of evidence, including DNA, fingerprints, footprints, hair, skin cells, blood, bodily fluids, pieces of clothing, fibers and more. At the same time, they will also take something away from the scene with them.

Traces of physical materials (trace evidence) no matter how minute can tell a story. Trace evidence is factual. Unlike humans, it cannot be confused by the excitement of the moment, and it does not forget. It’s a silent witness that speaks when humans cannot.Â  Physical evidence cannot be wrong, it cannot lie, it cannot be wholly absent. Only human failure to find it, study and understand it, can diminish its value.

When a crime has occurred, the goal of a Crime Scene Investigator is to recognize, document, and collect evidence from both the scene of a crime, and anything or anyone that may have come in contact with the crime scene. Solving the crime is then dependent on the investigators ability to piece together the evidence to form a picture of what happened.